Gig Economy Onboarding: Getting it Right 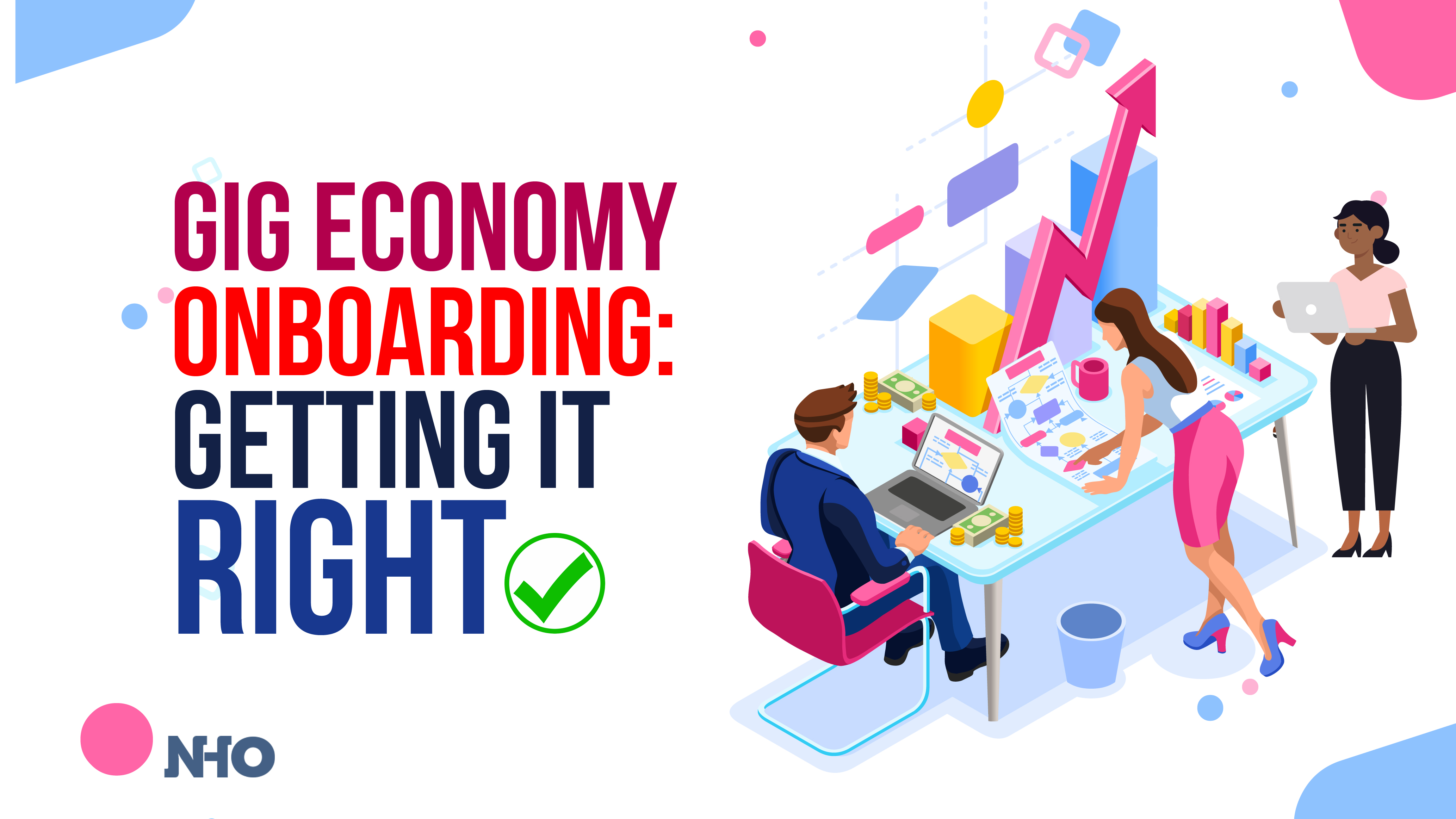 The rise of the gig economy is viewed by many companies as a true blessing. When a new project needs to be prioritized but everyone is already stretched too thin to take it on or don’t have the budget to hire additional permanent employees, working with a skilled freelancer makes perfect sense. Because the freelancer isn’t a permanent hire, most companies don’t provide any onboarding. This is a big mistake! Anyone who does any amount of work for your company should receive onboarding. But it’s also true that gig economy onboarding is very different from traditional onboarding.

Think about it this way: The whole purpose of onboarding is to get new workers up-to-speed and producing the results you need as quickly as possible. A freelancer is performing work for your company, and if you want them to perform it well, they need to be oriented and onboarded as well. If anything, the limited scope and length of their engagement with your company raises the stakes for fast, effective onboarding. Companies who are missing the boat entirely on gig economy onboarding run the risk of not getting the results they need from this ever-growing segment of the workforce.

A Word (or Two) About the Gig Economy

The reason the gig economy has grown by leaps and bounds in recent years has a lot to do with technology. Thanks to the Internet, world wide web and mobile apps, it’s never been easier for companies to find and hire freelancers for gigs. The number of online freelance marketplaces that help connect clients with freelance talent has risen sharply. Some of them run the gamut of available skillsets, such as Upwork, while others serve specific skill niches, such as graphic design, app development, writing and so on. In fact, I’d say the recent growth of the gig economy is almost exclusively online, meaning freelancers are doing work for clients without ever meeting them face-to-face, without ever setting foot in the company’s offices. It’s mostly all happening remotely online.

How Much Onboarding Does a Freelancer Need?

The answer to this question depends on a variety of factors. In general, the amount of onboarding a freelancer needs is enough to set them up for success on the project work they will be doing. If you’re hiring a freelance editor to proofread a 1-page letter, you may need little or no onboarding at all. But if you’re hiring a freelancer to write a company white paper about an important aspect of your business and its place in the industry, you’ll want to provide enough onboarding so the writer understands your company and its brand, its competitive advantages, and the expected style of writing for the project at hand. An online chat or telephone conversation along with the company website might be enough, along with an electronic copy of the company’s style guide if there is one.

The larger and more complex the project, the more extensive the onboarding should be for that freelancer. But it should always be put together within a framework of “just enough and just in time.” In other words, you want to avoid overwhelming a freelancer who is not a permanent employee and is only working on one project (at least to start). Give them an appropriate amount of onboarding in small chunks that are quick and concise. If an experienced freelancer were hired to work on a project and received a short video message from a company leader welcoming them aboard and expressing appreciation for contributing to the project, they would probably fall out of their chair – gig economy onboarding is largely nonexistent, and yet it could be a very effective way to enhance the experience of freelancers and motivate them to do better work.

Gig economy onboarding doesn’t have to be rocket science, but it definitely deserves a lot more attention than most companies are giving it. Make a standard part of the process for managers hiring freelancers to think through what onboarding the freelancer needs in order to be ready to contribute to the project for which they are being hired. You want to set up a gig worker for success, just as you would with any new hire at your company. Remember the mantra: Just enough, just in time.